Below are the kind people that volunteer their time to ensure that Petts Wood Runners is a thriving, successful and sociable club.  Please feel free to contact any of them with any questions or find them at the club on a Tuesday evening. 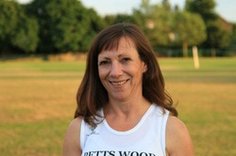 ​Karen is like everybody's big sis.  She is always making sure everybody is okay and is always looking out for others.  Karen is well known for rustling up a cake or two at PWR events.
Chairperson's responsibilities:
The Chairperson is responsible for major club decisions & disciplinary matters. Committee
Ethos and Direction - Chair meetings - Reside over the committee positions - Important Decision - Club spokesperson - Club representative at prize giving and major events
Other club roles:
Tuesday night group organiser - Petts Wood 10k Chief Marshal - Group leader - Events organiser 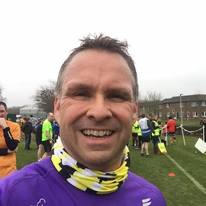 ​John joined PWR early in 2014 and has progressed from group 2 to group 8, although can often be found leading groups 3 or 4.  These days John prefers to make friends within the PWR post race social environment rather than the enemies he used to make as a football referee! 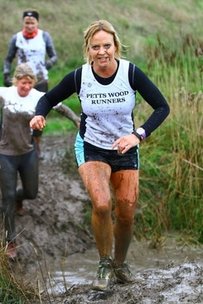 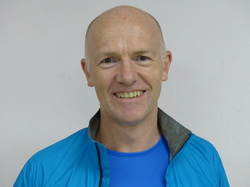 Stephen joined PWR in 2012.  He is an all-round sportsman and as well as running, exercises on two wheels and in the water when competing in triathlons.  Stephen, along with his wife Siggy got the Hilly Fields parkrun in Ladywell up and running. (pun intended). 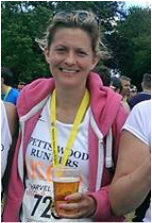 The social scene is important to the club as it is one of the ways that we all to get to know each other better.  Whether it is on the coach to a race or at the 'PWR Race HQ Tea-Bar', there will always be time for socialising.  Nicola's role as Social Secretary is to co-ordinate our social expeditions. She is always looking for new ideas so please let her know if you want to arrange something for our members!

Emma is proof that women are better at multi-tasking than men.  She can run, listen and write things down all at the same time! 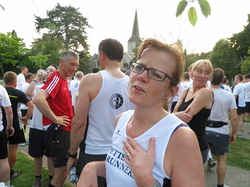 Helen joined PWR at the beginning of 2013.  She says what she loves most is the amount of brilliant running friends she has made via the club. She is a regular at Bromley parkrun and her favourite distance is 10k. She has completed 2 half marathons and runs with group 4. Being injured  in 2014 and not being able to run is the worst thing to have happened in her running career. Helen loves the fact that doing lots of running means she can eat lots of cake!

Committee responsibilities:
Feedback views of all members to committee and ensure responses where required; General support/liaison point for all club members. Support for club captains in promotion of event participation across all members.

Diane joined PWR in 2013 after completing the couch to 5K course and can usually be found running in group 5.. Her most memorable race to date was the Weald St. George 10K where she met Dame Kelly Holmes, although strangely she doesn’t mention of the uphill finish!  She will also be looking to complete her first half marathon at Paddock Wood in April 2017, hopefully the first of many. 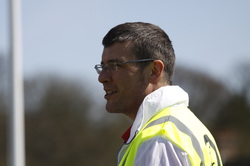 Although no longer on the committee, Mike Reeves is still at the track on most Thursday evenings coaching club members.
Mike is a founder member of PWR being one of the twelve to join in on the first night.  He first competed in athletics in 1975 for Bexley AC and after 25 years service to the club was made a life member in 2000.  His PBs include a 1:12:56 Half Marathon and a 2:58:06 Marathon.  In 1984 Mike was diagnosed with Ankylosing Spondylitis and was told he may never run again!.  Mike achieved his first coaching badge in 1986.  Mike was proud to be selected as a masseur for the 2012 London Olympics and worked in the Olympic Stadium with the athletics and the basketball arena with the Paralympians.

Webmaster is a non-committee role involving development of online strategy, maintaining the club website, email and forums with the aim to provide a quality of experience for all club members.  Please contact Helen Hart should you have any suggestions.